For long time the mainstream economic theory has strongly predicted a marginal role of the State in the economy. A pure laissez faire approach, grounded on no or minimal State intervention has dominated the academic and policy-oriented debates. The consequences of the 2008 economic crisis – anaemic growth, massive unemployment, deindustrialization, huge inequalities, increasing poverty – have contributed to re-open the debate on the State as the main actor in promoting and pushing effective policies. Indeed, the ISIGrowth Policy Brief “Investing out of the crisis” has showed the catastrophic impact of the mono-directional supply-side policies attitude – based on fiscal austerity plus labour market structural reforms – widely adopted in the European Union. A new combination of supply-side, demand-management and industrial policies is urgently needed to foster smart, inclusive and sustainable growth in Europe. In particular, European countries need an Entrepreneurial State, which does not simply “fixing” market failures, but “create” markets, by means of mission- oriented projects (Mazzucato, 2016).

The role of the State as a key actor of innovation processes and the fallacy of current policy mix have been discussed on May the 24th at the Italian Parliament (Chamber of Deputies) in a major conference titled “The Entrepreneurial State”. During the Conference, the latest results of the EC-funded project ISIGrowth have been presented and discussed with Italian members of the Parliament as well as researchers, civil servants, stakeholders, and students.

Professor Giovanni Dosi, ISIGrowth project leader and director of the Institute of Economics at Sant’Anna School of Advanced Studies (Pisa, Italy) showed data on the negative impact of the current policy mix on the economic performance of European countries. He advocated a new policy agenda where austerity and labour-flexibilization policies are replaced by increasing public expenditures and mission-oriented industrial policies. Such policies can be supported by increasing the tax rate on financial rents and on the richest top 5% of the income distribution.

The role of the State as a crucial actor pushing innovation and strongly intervening in the economy has then been critically discussed by Mariana Mazzucato – directly involved in the ISIGrowth project as the head of the University College London unit. In Italy, as well as in other EU countries, there has been a total lack of mission-oriented industrial policies able to create systemic effects through long-term investments which favour the transition towards high-value, innovative and environmentally-friendly production, distribution and consumption. In particular, a “Green” Entrepreneurial State, supporting the transition towards a zero-emission economy is timely needed.

Are there the instruments to create such an “Entrepreneurial State” advocated by Professor Mazzucato? ISIGrowth Policy Brief shed lights on some of the instruments available to investing out of the crisis.

Watch here the Conference in streaming 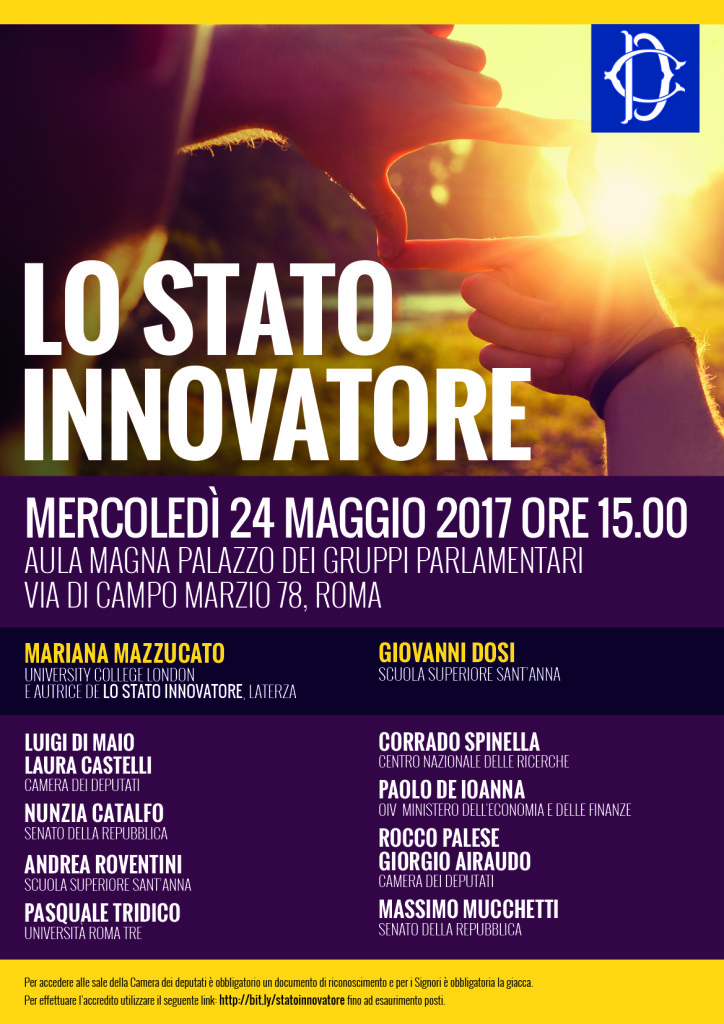