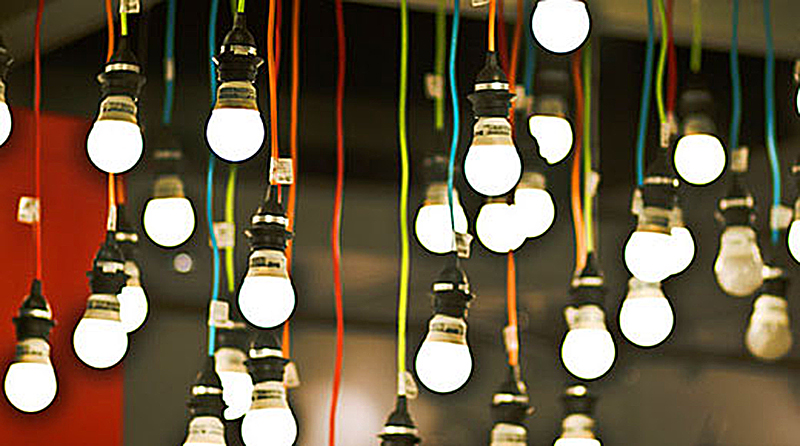 Since the start of the crisis in 2008, an intense discussion has emerged in Europe, challenging official policy priorities. Civil society organisations, trade unions, think tanks and grassroots campaigns have given ‘voice’ to demands for ending austerity and restoring shared prosperity, for reducing inequality and making Europe more inclusive, for achieving environmental sustainability and reacting to climate change with green economic alternatives. A wide range of protests, critical analyses and proposals of policy alternatives have emerged on these issues at the European level, with a variety of approaches, political projects, social actors and ideological orientations. Yet, until now, no survey of the analyses and policy suggestions that have come from Europe’s civil society was available. A new study from the ISIGrowth project – How can Europe change? Civil society proposals for policy alternatives on socially inclusive and sustainable growth (Working Paper No. 33/2016) by Thomas Fazi – fills this gap, documenting the extent of this debate and the way Europe’s civil society has responded to the multiple crises facing Europe. The study also draws upon previous work of the ISIGrowth project on Europe’s growth, the role of innovation and industrial policy, the evolution of employment and inequality, the impact of finance, and the policy scenarios that could be coherent with the Europe 2020 objectives of smart, sustainable and inclusive growth.

The policy areas covered in the study include macroeconomic policies; tax policy; finance; trade and investment policy and the TTIP negotiations; industrial policy; environmental sustainability and climate change; technology; labour, employment and wages; inequality; economic governance and democracy. Each section includes a critical analysis – from the perspective of European civil society – of the key problems relating to each macro area, followed by an overview of the policy alternatives that have been proposed. In the final chapter some suggestions for a research and policy agenda based on such experiences are presented.

This study offers several contributions. First, it provides researchers of the ISIGrowth project, economists and scholars with an effective overview of analyses that are little known outside academia and that open up a pluralist debate on Europe’s crisis and policy alternatives, sometimes with anticipatory views. Second, to European and national policymakers, this Report provides a summary of policy debates that deserve closer scrutiny and consideration, in particular where alternatives on shared prosperity, social inclusion and environmental sustainability are concerned. Third, to the broad world of civil society this Report provides a comprehensive view of the state of ideas, actions and proposals, bringing together in a unified context the many initiatives that have emerged – and that often fail to build bridges with similar activities due to the fragmentation of civil society organisations, the frequent focus on ‘single issue’ campaigns and the difficulty to have a Europe-wide perspective.

Seven main conclusions are drawn. First, there is no denying the intellectual vitality of European civil society. The range and depth of the analyses and policy alternatives proposed by civil society that emerge from the Report are indeed remarkable. There is a ‘subterranean’ knowledge and understanding of the impact of Europe’s crisis and of the possible ways out of the crisis that needs to be recognised and fully integrated in the academic and policy debate. Indeed, the study covers only a fraction of a very large production of analyses and initiatives. Still, the major streams of activism and search for alternatives at the European level – covering an extensive policy ground – clearly emerge from the study.

Second, when we look at the analyses and forecasts on the impact of the crisis in Europe, the accuracy of many civil society evaluations is notable. In hindsight, we can see that critical scholars and poorly funded civil society organisations have predicted the (negative) outcome of several European economic policies with a much greater accuracy than the official forecasts of bodies such as the European Commission, ECB or IMF.

Third, as noted by Joseph Stiglitz, one of ISIGrowth’s main researchers, many of the criticisms made by civil society in recent years and initially ignored or dismissed by governments and mainstream academics – on issues such as the impact of austerity, the rise of inequality, too-big-to-fail banks, etc., to name just a few – are now increasingly shared by mainstream organisations, think tanks and government agencies. The most striking recognition has come from the IMF, which in a series of recent works has reversed several of its standard policy recommendations, on the basis of the evidence provided by its own research. In a summary of policy suggestions derived from studies on fiscal austerity and liberalisation of capital flows with the unexpected title ‘Neoliberalism: oversold?’, IMF authors argue that ‘the benefits of some policies that are an important part of the neoliberal agenda appear to have been somewhat overplayed’.

Fourth, on the issues of environmental sustainability and action on climate change, the arguments that ‘green’ organisations have developed for decades have obtained a significant recognition in the policy agenda emerging from the conclusions of the COP21 conference held in Paris in late 2015, where the European Union played an important role. Such developments are encouraging lessons also for other domains.

Fifth, the wide variety of themes that are reviewed in this study shows that the scope of civil society activities on European policy issues has indeed been broad and significant. One of the contributions of this Report is to bring them all together in a coherent framework and with an integrated perspective. In fact, a close reading of these highly diverse views and initiatives allows to identify a number of common, persistent, shared values and views that are key drivers of a large part of civil society activities in Europe. They include the criticism of neoliberal policies, from liberalisation of finance to austerity; the need to protect labour and welfare rights and to reverse inequality; the need for putting environmental sustainability at centre stage; the need for greater democracy and participation at the European level. As such, these demands reflect many of the core values on which European integration has been constructed, which are widely shared by Europe’s citizens. However, Europe’s policies have shown a striking lack of responsiveness to such demands.

Sixth, the eruption of the 2007-8 financial crisis and the subsequent political response has seriously hindered the ‘Europeanization of public discourses and mobilization’ that has traditionally characterised European social movements and political organisations – particularly the global justice and anti-globalisation movement of the late 1990s and early 2000s. While the recession and austerity measures have been common to most EU countries, the great majority of anti-austerity mobilisations have developed within a national context and along autonomous lines, with limited transnational cross-border coordination and vision. As the austerity-fuelled economic crisis turned into a long and deep depression of Europe’s periphery, with ineffective responses from EU institutions, the rift between those arguing for a transnational solution to the crisis – a progressive reform of Europe ‘from within’ – and those suggesting a reversal of European integration, widened. In this regard, the rise and fall of the Greek left-wing party SYRIZA was a watershed.
While national developments are outside the scope of this study, there is a clear evidence that some civil society views and activities in particular countries emphasise the need for a return to national authority and policy processes in several fields – abandoning the euro and the monetary union; emphasising domestic fiscal authority; rejecting Europe-wide welfare and labour rules, etc. This is a result of the failure of European policies in these fields to adequately respond to the crisis, making Europe unpopular as never before – as documented by the Eurobarometer surveys. A new space has opened up for national political processes, including the rise of populism in many countries. A major novelty in this regard has been the outcome of the British referendum on the country’s membership of the European Union held in June 2016, with a majority of voters supporting the ‘Brexit’ option.
The large majority of civil society views and policy proposals that are reviewed in this study have a Europe-wide focus – that was the scope of the investigation – and share the ambition of changing European policies rather than ‘opting out’ of them. This, however, is not an attitude that can be assumed to continue indefinitely, regardless of the content of Europe’s policies. Opinion polls – including the aforementioned ones from the Eurobarometer surveys – clearly indicate that trust in the European institutions by European citizens has fallen dramatically compared to pre-crisis levels. Unless European policies become more responsive to the demands of civil society that are summarised in this study, the disenchantment with Europe – and the desire to return to national priorities and horizons – are likely to spread also among civil society organisations that have long been active players in Europe’s policy debate.

Seventh, on the whole there is no denying that many of the proposals reviewed in this study have had little – or much delayed – reception in policymaking circles. There are various reasons for this. European and national policymaking has become increasingly distant from society and unwilling to take into consideration widespread social concerns. On the civil society side, it could be argued that the intellectual vitality of European civil society is hindered by its weaknesses, including the fragmentation of its organisations and campaigns, the frequent inability to combine action at both the national and European levels, the limited relationships with political forces and the lack of lobbying power in European circles. Bridging this chasm between the institutional dimension of Europe and the social dynamics is one of the major challenges facing European civil society – and European democracy itself. Given the many points of contact between the civil society proposals presented in this Report and the theoretical and empirical studies conducted in the context of the ISIGrowth project, a cross-fertilisation between the two could be an important driver of change.

Chapter 5: Trade and investment policy and the TTIP negotiations

Fiscal Transfers and Regional Economic Growth
How Can Europe Change?