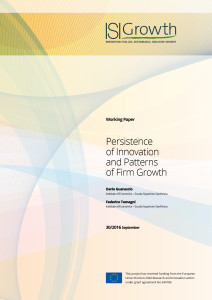 Persistence of Innovation and Patterns of Firm Growth