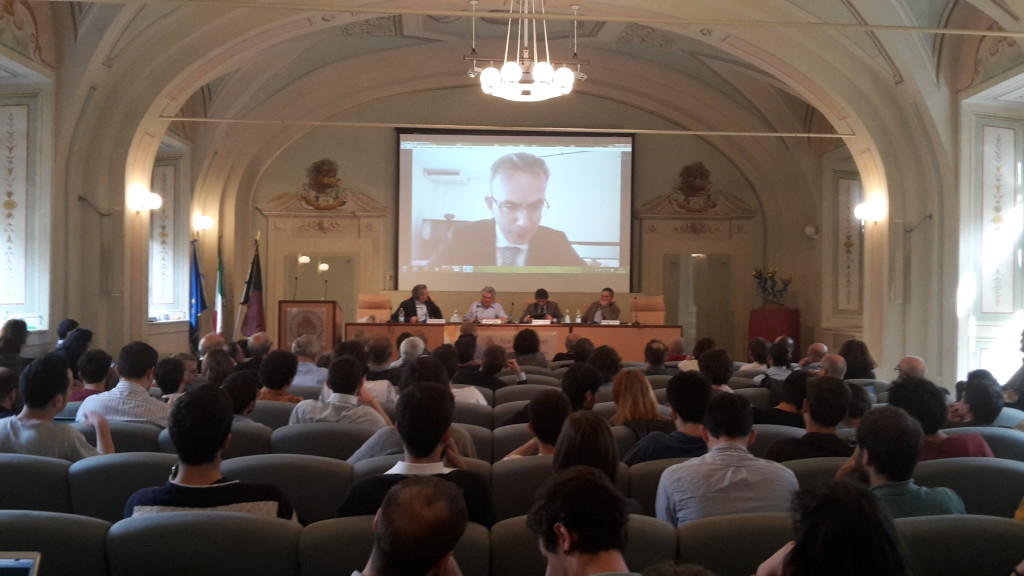 What are the effects of the liberalisation and flexibilisation of labour markets in Italy and in Europe? This was the question underpinning the workshop ‘A year after the Jobs Act: the effects of labour market flexibilisation’, organised by the Institute of Economics of the University of Sant’Anna in Pisa, in the context of the European project ISIGrowth (Innovation-fuelled, Sustainable, Inclusive Growth).

In the morning session, Clemente Pignatti (ILO), Paolo Sestito (Bank of Italy), Michele Raitano (University La Sapienza in Rome) and Lia Pacelli (University of Turin) engaged in a stimulating debate on the latest theoretical and empirical findings on labour market structural reforms, and on the economic policies best fit to stimulate employment.

Special attention was given to Italy’s most recent labour market reform, the ‘Jobs Act’. Sestito showed how 40 per cent of the new contracts stipulated after the introduction of the reform are attributable to the new fiscal incentives for firms using temporary contracts, while only 5 per cent are attributable to the new open-ended contract (the ‘contratto a tutele crescenti’). In this sense, the government’s reform would appear to have failed to meet its stated objectives: reduce the dualism of the labour market (temporary versus open-ended contracts) and increase its stability.

This conclusion was corroborated by the paper prepared in the context of the ISIGrowth project by Dario Guarascio, Marta Fana and Valeria Cirillo (‘Labour market reforms in Italy: evaluating the effects of the Jobs Act’). The employment data for the first quarter of 2016 would seems to confirm that the new contracts were stipulated as a result of the new fiscal incentives for firms, says Marta Fana.

The discussion continued in the afternoon with a round table moderated by Giovanni Dosi (director of the Institute of Economics), with speeches by Stefan Franchi (general manager of Federmeccanica, the Italian federation of metallurgical and mechanical industries) and Maurizio Landini (secretary general of FIOM, Italy’s metalworkers’ union). Stefano Franchi’s overall assessment of the Jobs Act was positive: ‘Most of our firms employed new workers as a result of the government’s new fiscal incentives and normative regime’. Maurizio Landini vehemently disagreed: ‘The Jobs Act is a completely mistaken law that fails to protect workers and provides no boost to the economy’.

Innovation and Within-firm Wage Inequalities: Empirical Evidence from Major European Countries
The Guardian view on the economy: learn the lessons of 2008 before the next slump hits